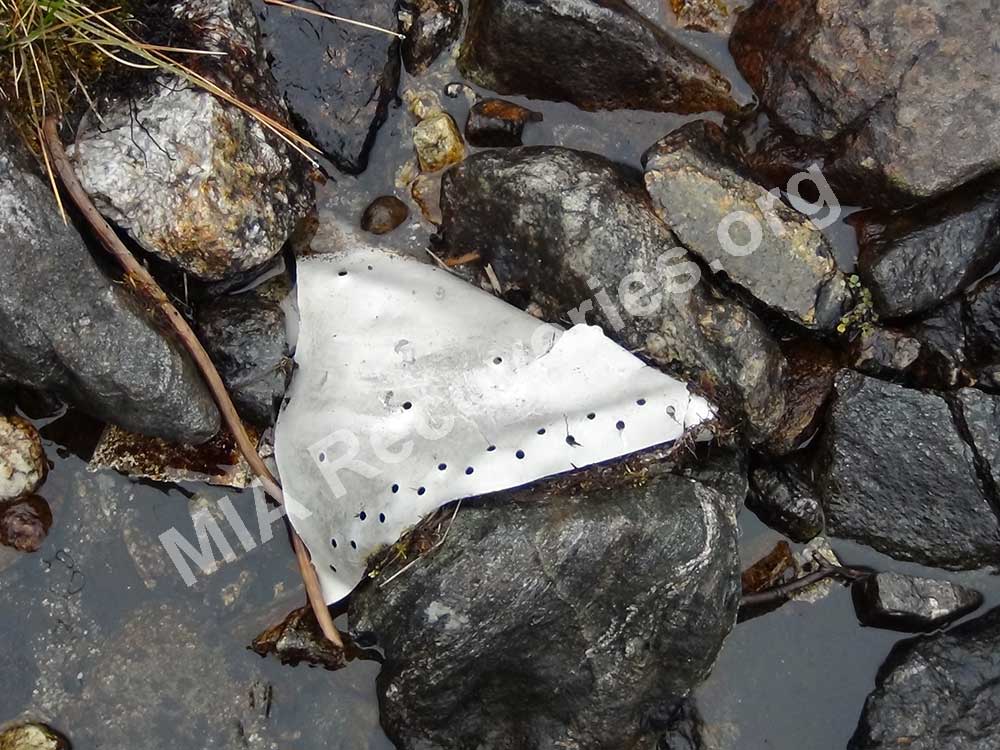 The flight plan was for the aircraft to fly E from Elmendorf AFB, across the international border into Yukon Territory (YT) of Canada, then fly SE following the Alcan Hwy through Yukon Territory, continue S through British Columbia and into the US.  The aircraft was to check-in over Snag, YT, then again over Aishihik, YT and Whitehorse, YT before continuing S into British Columbia.

With 44 persons aboard, this was probably the largest unresolved missing aircraft case in North American aviation history.  A massive joint US-Canada search effort, codenamed Operation Mike, was promptly launched when the C-54 failed to check-in over Aishihik or Whitehorse.  It was believed the aircraft entered instrument flying conditions shortly after passing Snag.  Heavy icing conditions were reported over Snag at the time, along with 50 knot (approx. 58 mph) winds from the NE.  The winds were more extreme aloft, possibly reaching 70 knots (approx. 80 mph).

Extensive air searches were conducted from Snag down the flight plan airway to Watson Lake in SE Yukon Territory and to Ft. Nelson in NE British Columbia.  Additionally, numerous leads were submitted to authorities by local citizens, but none of the leads produced any evidence of the C-54’s location.

There were 3 days of continuous snowfall after the aircraft’s disappearance.  Search efforts were hampered by the heavy snowfall, then by extreme cold, ice fog and haze.  The air search effort mainly utilized C-47 aircraft.  Unfortunately, C-47 aircraft lack sufficient visibility from their few and small windows, and this significantly reduced the coverage factor and thoroughness of their search sweeps.  Report of Major Accident for this aircraft loss emphasized the majority of mountain peaks in the southern Yukon area were not searched immediately because the base of the cloud cover was below the mountaintop level.  This delay of some days while waiting for the cloud cover to dissipate and visibility to adequately improve would have allowed time for the wreckage to become buried under fresh snowfall or avalanches and no longer be visible by the time those areas could be searched by air.

It must be noted that large snow avalanches regularly sweep down the flanks of these mountains during the winter and spring months.

Searchers believed the area of highest probability for finding the missing C-54 was a 100-mile wide strip of the flight plan airway from Snag to Whitehorse, YT.  With 50 knot (approx. 58 mph) winds from the NE and the failure of the aircraft to check-in over Aishihik or Whitehorse, it’s very probable the C-54 was blown off-course to the W and into the St. Elias Mountains, where it crashed in rugged terrain laced with permanent glaciers.  Severe icing and/or violent winds were probably the cause of the crash.  Research indicates the crash site area is the Burwash Glacier along the NE flank of Mount Hoge.  This area is approx. 12  mi. W of Burwash Landing and approx. 75 mi. WSW from Aishihik.  There is no record of this area being searched during Operation Mike or at any time thereafter.