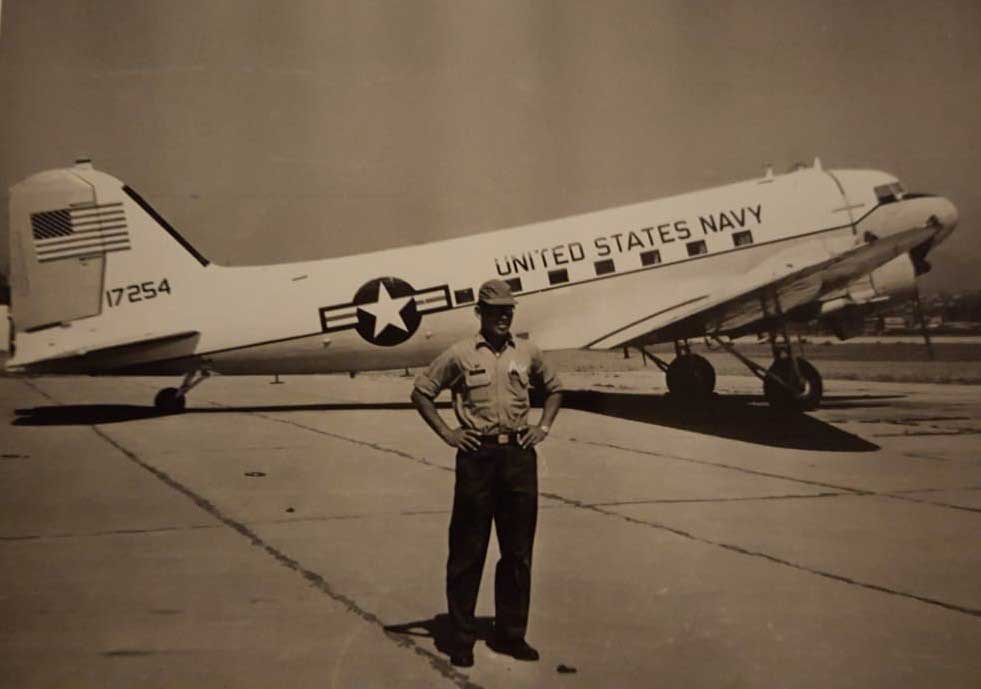 This C-47 aircraft was assigned to the US Military Group – Navy Section, Chile.  It was enroute from its home base at El Belloto Naval Air Station near Vino del Mar, Chile to Buenos Aires, Argentina, with a stop at Los Cerrillos airport in Santiago for the necessary international clearance.  It departed Los Cerrillos at 2050Z (1650/4:50 PM) on 04 Aug 1969 for Buenos Aires.  There were 4 crewmembers and 12 passengers aboard.  The passengers were US Navy and US Air Force personnel and some of their dependents.

The pilot, CDR Ralph J. Touch, started filling the Flight Plan form, but there was some uncertainty as to whether to file IFR or VFR.  The co-pilot, LCDR James P. Kuhn, continued filling the form and signed it and filed IFR.  The Flight Plan was approved by Pudahuel Air Traffic Control (ATC) and the chosen route was for the aircraft to fly S to Curico, then SE to Cerro Planchon (mountain pass on Chile-Argentina border), then continuing SE to Malargue and then NE to Buenos Aires.  The pilot was to fly at 12,000 ft. altitude until Curico, then climb to 17,000 ft.

Weather conditions were bad, with snow, moderate turbulence up to 14,000 ft. altitude, severe turbulence above 14,000 ft. and ice formation at 5,000 ft.  Wind was from the WNW at 20 knots (approx. 23 mph) below 14,000 ft.  Above that altitude, the winds were 50 knots (approx. 58 mph) and possibly up to 100 knots (approx. 115 mph) to over 20,000 ft.  Chief of Meteorological Station at Los Cerrillos Airport warned CDR Touch to return to Santiago if the Cordillera (Andes Mountains) was closed because of bad weather.  CDR Touch answered: “No, because already I am one day late”.  Note that this flight was originally planned to depart on 03 Aug, but was delayed because of bad weather.

The US Navy search for this missing aircraft spanned only 10 days, from 05 Aug 1969 to 14 Aug 1969, and was never resumed.  The search was hampered by 3 to 4 meters of fresh snow, rugged terrain and severe weather conditions.  A total of 162 missions with nearly 1,000 hours were flown.  972 persons assisted in the search effort, involving personnel and aircraft from the US, Chile and Argentina.  The 1969 search area was divided into 5 zones, with the search concentrated in Zones 2 and 3, to the N of Curico.  The USN official conclusion stated the accident was a result of poor weather conditions: “Atmospheric conditions on the Santiago – Curico – Malargue route were such that a flight was not advisable, especially for a C-47 aircraft with limited capability for crossing the Andes Mountains, and even more so if it’s considered that the minimum flight altitude on the Curico – Malargue route is 16,000 ft. and it was icing at 5,000 ft.”     Dead: 16