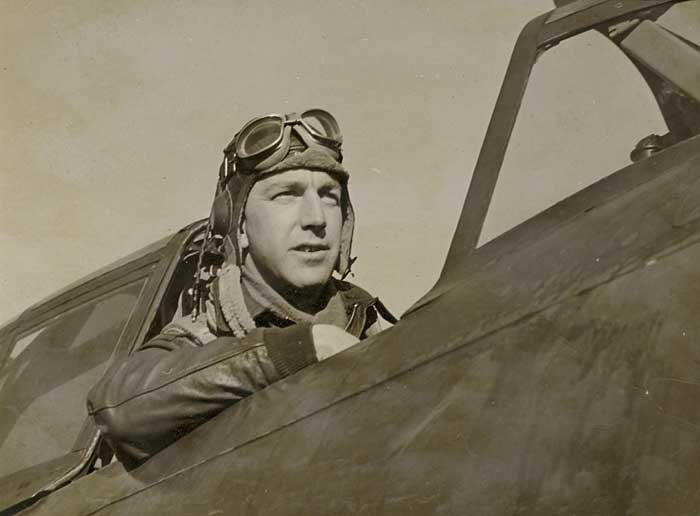 This aircraft of the 10th Air Force was assigned to the post-war American Graves Registration Service (AGRS).  It departed Mingaladon airport in Rangoon, Burma early in the morning on 17 May 1946 for Barrackpore, India.  The aircraft had a crew of 3 from the 1304th Air Force Base Unit and 8 passengers, including a 6-man AGRS team.  The aircraft was transporting as many as 43 sets of US POW remains recently recovered by the AGRS team from POW cemeteries in southern Burma.

A heavy storm was developing over the Bay of Bengal that day and moving NNE.  The aircraft would unavoidably encounter the storm along its route to Barrackpore.  The standard flight route from Mingaladon to Barrackpore required flying over the NE corner of the Bay of Bengal, starting over water at Akyab, Burma.  The pilot, 1st Lt. Horace Gabbart, failed to get a weather and route briefing prior to departing Mingaladon and he also failed to file a proper flight clearance.

Pilot radioed Barrackpore at 0610 Z to report he had passed over Akyab at 0530 Z, was flying on instruments (indicating poor visibility) and he expected to arrive at Barrackpore at 0800 Z.  He radioed Barrackpore again at 0615 Z to request a weather update, and Barrackpore had to respond to him twice because of heavy atmospheric interference (lightening).  Pilot mistakenly responded to Barrackpore’s call to another aircraft at 0705 Z and reported QRU (nothing for you) to Barrackpore.  This was the last radio contact with the aircraft.  It was never heard from again and its location is unknown.

After-accident interview statements from Mingaladon personnel revealed it was well known that Lt. Gabbart disliked flying over water.  Furthermore, Lt. Gabbart reportedly stated he could not fly over water on this flight because there were not enough life jackets aboard his aircraft for all passengers, and he instead planned to follow the coastline to Calcutta.  Lt. Gabbart expected this longer route to require 5.5 hrs. of flying time and more fuel, so the fuel tanks were fully filled before departure from Mingaladon. The pilot also reportedly told Mingaladon personnel that if he encountered a storm over Akyab, he would change course to N or NE and attempt to bypass the storm.  Pilot’s call to Barrackpore at 0615 Z for a weather update would indicate he was concerned about deteriorating weather conditions.  There is no known record of Lt. Gabbart’s actual flight bearing after passing Akyab.

AGRS searched extensively for this aircraft in the northern Chittagong Hill Tracts from 16 Dec 1946 to 08 Jan 1947.  This would indicate AGRS believed the pilot had followed the coastline instead of overflying the Bay of Bengal, and pilot probably changed course to N or NE at Akyab to bypass the storm or was blown further inland by the storm.  Dead: 11 plus as many as 43 sets of US POW remains.

Note: Bolded names were crewmembers from B-24J #42-73222 a.k.a. Bugs Bunny.  This B-24 aircraft with 10 crewmembers aboard was shot down over southern Burma on 01 Dec 1943.  All but 1 of the crewmembers died in the crash or later from their injuries, illnesses, malnutrition or mistreatment by their Japanese captors while being held as POW’s in Burma.  It is believed the remains of these 9 deceased crewmembers were recovered by the AGRS after the war and were being transported to Barrackpore aboard C-47B #43-48308 when this aircraft disappeared on 17 May 1946.  The loss of the reports and field notes of the AGRS team in the crash of their aircraft may forever prevent this question from being resolved.  Barring evidence that some of the deceased Bugs Bunny crewmembers are still unrecovered in Burma, then all 9 will remain listed here as a memorial to their incredible heroism in the face of a brutal enemy.

View video 006 for this expedition.